Josephus ~ Recognize This Face? ©
By Nancy Reil Riojas
Possibly three among the two billion worldwide Facebook members can honestly say, “I know this face” yet within this man’s historical writings exists our good fortune, offered only for as long as we walk the earth.
Let us begin however with the most influential man in the world who has little documented historicity because he presented himself in the first century as a poor man in an ancient world of limited written communication. It was a time of turmoil when only evil controlled the hearts of those who manipulated the masses ―which was the reason Jesus came and later became the most influential man in the world. Not even Caesar, Herod, Pontius Pilate, Solomon, nor King David have survived in ancient written word anywhere in the world except in the Bible, on coins found deep in the earth, and Pilate’s name inscribed in a stone. Even before the year 1000, manuscripts such as the Dead Sea Scrolls and the Septuagint had already begun to wither into dust. Other than the reliable Holy Bible, which today some believe are only stories, here survives independent documented historical facts of Jesus written by this ancient historian Josephus, pictured above. In that regard Josephus is our closest link to nearly 2,000 years ago. His compelling written works have recently been made public, computerized, and compared parallel to the Bible of today.
Josephus was a first century Roman-Jewish scholar born in Jerusalem in 37 A.D. and into the Roman Empire which ruled forty-five million people. He excelled as the most respected political, societal, and religion historian of his time while he eye-witnessed Christian unrest during the most explosive thirty year period after Jesus’ murder, the turning point for those who had faith in Jesus and his teachings. Trust survived in thousands of Jews and Gentiles, among whom Josephus lived and worked. Even though a non-Christian, Josephus was fascinated by the Christian movement and their ever increasing numbers. Therefore, in his usual frankness, he penned tragic incidents within his annals, referring to Jesus in the flesh and to John the Baptist [this being the only ancient reference of the Baptizer in the world, outside the Bible]. At the age of 32, Josephus learned of the murder and stoning of James [the brother of Jesus] and later provided details in his book, “Antiquities of the Jews” published in 94 A.D, much of which corresponds with the Bible of today.
His books recounted the history of the world which provided valuable insight into early Christianity. Before his death in 100, he explained his access to historical facts from the “sacred words,” manuscripts dated from 100 to 1200 B.C. known today as the Dead Sea Scrolls and the Septuagint. That is correct, he referenced the Dead Sea Scrolls in the first century A.D. that were discovered in caves during the 1950s, one thousand eight hundred seventy years later! The scrolls were in delicate condition during his time, yet he wrote a historical rendition of those manuscripts in his own vivid and vibrant language. The scrolls were already entitled Genesis, Exodus, Leviticus, Numbers . . . all the way through Maccabees, books that we know today as the Old Testament, but not yet a part of any Bible until centuries after Josephus! You can follow along using your Bible to compare to this first century historian’s work. At the rear of his book a guide was later inserted entitled “Texts of the Old Testament Parallel to Josephus’ Histories.” [After the deteriorated Dead Sea Scrolls were discovered, Josephus’ works were consulted for the purpose of clarification and for sections entirely missing.]
Josephus imparted a heavy dose of credence, confirming Christ when he wrote these words [quoted from Antiquities of the Jews 18.3.3 in the next paragraph] some 1,920 years ago! For nearly two millenniums, subsequent historians have worn out his quote within their own historical writings and many of them have said the same, “. . . stubborn Jews do not accept the written words of one of their own, that Jesus was the Christ.” [Christ means Messiah, Savior, a king chosen by God.]
Josephus wrote, “Now there was about this time Jesus, a wise man, if it be lawful to call him a man, for he was a doer of wonderful works, a teacher of such men as receive the truth with pleasure. He drew over to him both many of the Jews and many of the Gentiles. He was [the] Christ. And when Pilate, at the suggestion of the principal men amongst us, had condemned him to the cross, those that loved him at the first did not forsake him, for he appeared to them alive again the third day as the divine prophets had foretold these and ten thousand other wonderful things concerning him. And the tribe of Christians, so named from him, are not extinct at this day.”
Facebook users compared to the world-wide Christian count today is only an 18% difference. And so powerful friends, my hope is that you please share and please consider this post whether life runs smoothly or when down and out. Fascination is a google away “Josephus” and peer into Jesus’ wide-spread influence from a different window, credibility to the Holy Bible. In order to enjoy good fortune ―that full peace in your life, and to live in the heavenly eternity with those you love, please mean it when you say, “Dear Jesus, please forgive me of my sins. I accept you as my Lord and Savior. Amen.” Then you practice what he preached and see the wonders that will unfold before your eyes. This is how I do my works to spread the word. In its entirety, please share, copy, distribute, or publish this post in any manner you wish. Peace be with you, Happy Thanksgiving, and Merry Christmas, 2016 www.ebooksbynancy.com 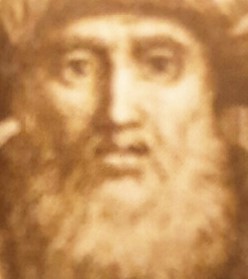