Ode Poems ©
Ode poems are typically long, as long as it takes for the poet to express the heartfelt message to the reader.
Color of Shame
​Dallas, Texas, 1915—1988
PROLOGUE: Comparing the history of two atrocities between victimized, stolen Africans who served as American slaves (as well as their descendants who served as slaves) and Jewish Holocaust victims brings some of us to the understanding that one atrocity can be equal to the other in terms of sufferance. The Holocaust Museum in Washington, D.C. serves as a constant reminder of Jewish sufferance and immorality of the Holocaust.
The following disturbing poem, a mammoth example of Black racial prejudice in America, is a scant history of one man’s ignorant, stereotypical principles formed by an ongoing arrogant, abusive society. James, one in millions, was taught racial prejudice during our country’s most hateful period which caused him a warped shame and then later he took his secret to the grave. Will racial prejudice against our Blacks ever end?
AUTHOR’S NOTE: From a historical point of view, this poem is written with the intent to present one man’s prejudicial views which planted seeds that grew.
After so many years gone by, we need to know why
73 year old James could not release his torture.
Surely, in spirit prejudice cannot exist.
The state of spirit is purely for bliss.
Stories have a beginning and so we shall go
hundreds of years back, long before James was born.
Africans stolen from their homeland 400 years ago;
chained millions auctioned to work the White man’s cotton kings.
An odd novelty,
solemn Black property plucks the soft commodity,
in great quantity.
~ Not near enough.
Beatings upon beatings
with raised scars never gone,
blood streams down bodies;
they suffer severe,
while still working land year after year.
After the Civil War, many thousands run free,
seeking new beginnings.
Doors in hundreds shut into faces.
Only no one helps the Negro in actuality,
stays separate and continues seedily.
“The South’s downfall was caused by the Negro!”
so say the white hooded movement recently formed
who hold all the respect;
The movement burn live, dark bodies, and torture and stab and hang….
as Whites gather to see…
and cheer with glee.
Abolishment of the Negro is of a serious degree!
Angry and rebellious the northern Whites say,
“There’s no place for Negro inferiors . . . . Just keep away!”
During 1915 James is born into a snake pit of racial hate …
just as ink soaks s-l-o-w into a cotton pad,
permanent and impossible to break.
He’s but one who learns ignorant,
inaccurate,
irrational teachings ….
imposed beliefs.
“None considered human,” but Negro anthropologists prove true,
abused Negro people “. . . are of the same group as you.”
No sharing restrooms, water fountains, or housing;
no marriages to even 1/8th Negros …. “Read the laws to obey!”
“They will rape our White women!” cry the evil KKK
who kill within the law…. because some are the law.
While decorated Negro soldiers defend this country in war,
harassment continues to their awaiting families afar.
And when Whites are forced to fight,
Blacks take their jobs.
It's only right.
Yet Whites retaliate well,
beating and murdering more Blacks
and curse them to hell.
Disgusting, twisted images of Negroes taught into millions of White minds.
In movies, lectures, plays, and newspapers
the Negroes’ pain grew.
Most popular film, The Birth of a Nation, six million Whites view,
causing burning anger to Negroes.
Yes, all the Negroes knew.
Carrying no respect, Negro movements travel
to highest Whites in the land to seek equality.
Too difficult to persuade after making a stand,
only to be laughed at
and reprimand comes once again.
Racial mob violence steamrollers faster and faster into years.
Torture progresses the Negro as blood drips, helping fear,
and suffering screams bellow where no caring ear hears.
In prejudicial mind, teenage James stumbles
upon only his disgrace;
understanding his mother’s mother was
a hidden Negro slave!
Shocked and alone, he rebels and rebels.
“It cannot be! … I cannot be of Negro blood….no!….no!…not me!!!”
Having learned so well the tyranny,
only shame he now feels toward his family.
Friends hating him? ―incomprehensible!
He wraps into a secret and prays for harmony.
Does the Negro blood show?

This begins soft tales of “Arab” blood flow.
Confusion and turmoil never leaving his being,
lashing out to everyone the rest of his life,
never sharing with his offspring his long-lasting strife.
Of all his adult children, James says to one,
“After the sixth generation the Negro is gone.”
At each birth of a grandchild, he examines the gift,
searching for signs of Negro with his eyes alone.
Ten births span twenty-eight years.
An unclear atmosphere,
for dark and light tykes who eventually adhere
to a cavalier manner
that continues career severe sneers:
“No watching Negroes on TV; turn it off!” says James.
“No reading books if a Negro is in it,” they say.
“No listening to Negro music,” James says.
“No dating Negroes,” they say.
“ No watching movies if a Negro is in it,” James says.
“Do not speak to Negroes,” they say.
“ ‘Roots’ did not really happen! It was written by a damn Negro!” James says.
In 1988 James left his torment of shameful beliefs behind in our world,
for ignorant, irrational feelings corrupt the spiritual world.
Today, as the oldest generation dies out,
they realize DNA proves we are all alike,
and they surely feel shame to have contributed to such strife,
as our youth gradually accept the mixing of dark and light.
Perpetuating prejudice . . . . is there never an end?
Created hundreds of years ago, those who continue . . . .
the color of shame is you.
A trudging, rigorous journey Blacks have been on,
yet proving successes year after year.
Almost there?
Only long lasting, universal acceptance will be fair.
Perhaps after well-blended like me . . . . no one will care. 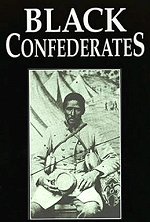