The Texas Willie Nelson Concert ©
~ On July 4th untamed girls high on drugs, naked from waist up, and with sun-seared chests strolled up to our makeshift stand to buy a baggie stuffed with boiled shrimp for $2.00 ~
The largest and last Willie Nelson Annual Picnic Concert in Texas was in 1976. George anticipated huge profits with an idea which included his girlfriend (my friend) and his teenaged brother and I. We drove to Galveston, Texas the night before the concert. At 9:00 P.M. we purchased one thousand pounds of fresh shrimp. Cost, $1,000 in which the four of us equally invested. The deckhands weighed shrimp and shoveled ice into crates, two shovels of ice, one shovel of shrimp, until full. Canvas was flopped over the wooden cases, roped and knotted. They were stacked onto George’s flatbed trailer. The thrilling drive from Galveston to Gonzales started late.
Concert employees set up torches along a dark path leading to the entrance which opened onto someone’s five thousand acre cattle ranch. The truck headlight beams danced on rocky road until our necks hurt. Anticipated attendance, 100,000. 50,000 were already there.
On July 3rd morning, we dragged a crate to the edge of the trailer and dropped it onto grass. “Have any of you ever de-headed shrimp?” George said already shirtless and chest glistening in hot sun. His inhibited girlfriend said “No.”
I gazed at the trailer loaded with twelve more crates and said, “No.” Instantly realizing the monumental task, this girl was not interested ―but did not last long. First few were nasty to the touch. Yet even after a finger stab, a rhythm progressed, wet slimy head yanked off first, careful with the sharp point, split the shell at abdomen, an easy glide. Into our large caldron they stirred in simmering water seasoned with Louisiana Shrimp Boil. The first thirty were delicious. The second thirty were sustenance. The last thirty were nauseating. And that nausea continued for an unbelievable length of time. We were fast. Peeled and talked and peeled and laughed, discarding heads like pros into piles that grew as tall as the truck. Within twelve hours, they stunk bad all the way to heaven. George shrugged his shoulders, “So, we’ll bury them.”
Yes, George had all the answers. No one thought to bring a shovel. But George held up hammers and a crow bar to loosen the ground and dig and dig. We gagged hard when scooping slimy matter with bowls and buried it. More piles grew when we moved our stand nearer to the stage, still two miles away.
We forgot to bask in sun, relax, and enjoy music, music we could not decipher. However the show was not on stage but among us. I was no puritan yet had enough sense to know that street drugs were dangerous to your health. Problem was these concertees were oblivious of that and their actions.
A parade gone wild! On July 4th, we woke to nude men laughing and wearing only cowboy hats. They fell into mud holes with their naked girlfriends. Arms, legs and buttocks smeared themselves entirely, wrestling like hogs in a mud orgy. Port-a-Potties? Forget about it. When the desperate had to urinate or perform the more serious one, drawers dropped wherever. Some who walked by and seemed perfectly fine suddenly passed out like pillars. Others laid in sun until blistered, like they had trudged the Sahara. They were always hungry but even at that, we could not sell enough shrimp as this was a picnic of sorts where other vendors sold different foods.
During few quiet moments, we could hear water flow from under the flatbed, sounding more and more like a faucet. George’s desperate eyes stared back at us, “Guys we need to sell quick. Nancy, why don’t you wear them hot pants and halter top and hold up a sign, “BOILED SHRIMP $2.00.”
His brother crowbarred a crate for the sign before I answered with a nod.
“Step up here in front of our stand,” George pointed.
We four yelled “DELICIOUS BOILED SHRIMP $2!” all day, all night, yet sold only two crates. Sweat was not from heat alone at that point. And we were famished, but not one more disgusting crustacean. Across the way, we licked every speck of peanut butter and jelly sandwiches off our fingers.
On this sweltering night, George’s sister and I slept in his truck, her in the front seat and I in the back with door slightly ajar. In a dream someone rubs my feet. I awakened to a stranger standing outside the truck with my feet in his hands. My scream came from the deep. George and his brother tackled and kicked the troubled figure to the next camp.
July 5th we awoke to no sound of running water. No ice!? Slim George cleared long hair from his face and hurdled the trailer rail, threw back a canvas and felt the shrimp. “They’re still cool. Let’s get back to San Antonio and sell them to restaurants on Broadway.”
Rain poured ten minutes later. 100,000 scrambled to pack. An insane disorder. And worse, we never heard Willie. Highway lights revealed after seven hours of bumper to bumper traffic. Later, every Broadway restaurant rejected the shrimp.
George dropped me off at my car and spoke to an exhausted, stinky girl who earned only $500.00 per month. “Nancy, here’s your part, $57. File the long form to write off your $250.00.”
“Thanks.” My eyes rolled, no long form yet. That was the last time I saw George. Smiling and waving out the window, he drove away with 800 pounds of rotting shrimp. Where did he bury them?
For twenty years smell of shrimp nauseated me. For twenty years after that, hubby says, “Shrimp plate?”
“No. Oysters, please.” ― However when shrimp are in view, I still long for the carefree, seductive mayhem in Gonzales, Texas! 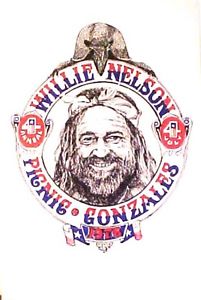 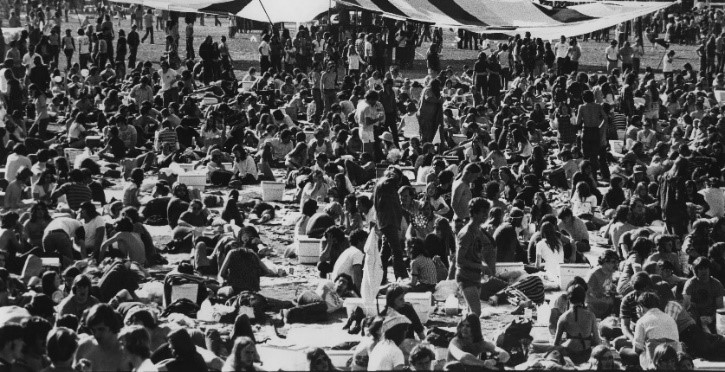